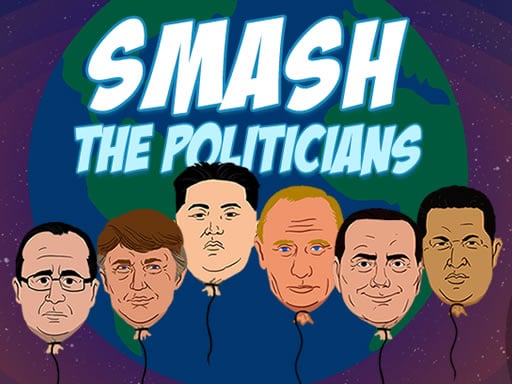 In this game Smash the Politicians you have six world politicians, who represent their characters on balloons. Pop as many balloons as you can and beat your last highest score. The balloons are portrayed by Macron, Trump, Berlusconi, Putin, ChÃ¡vez, Kim Jong-un. If you destroy Kim Jong-un three times, the game ends. Enjoy the game!